Launched in 2013, Noor TV Network was originally formatted as an Armenian music video channel with daily news from Armenian, the U.S. and abroad, as well as, some religious and entertainment programs.

In 2018, Noor TV Network went through a major re-organization, introducing a new programming partner in Armenia, a whole new line of programming, and the expansion of its broadcast with 24/7 online streaming. 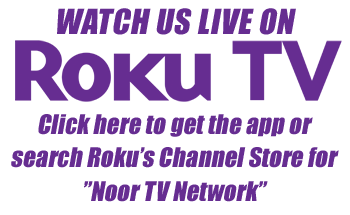